The novel 'Nineteen-Eighty-Four' is being used more and more frequently to describe which way society in general is heading towards, but unfortunately I believe it is a correct assessment.

If you have read the book or watched the film you'll remember the scenes where completely indoctrinated idiots stand up in a cinema environment whilst screaming hysterically to voice their discontent at individuals who have performed a 'thought' or 'sex' crime. Such a thing has unfortunately already begun to come to fruition as our politicians continue their regime of brainwashing on the young and impressionable.

This news story is a few weeks old now, but this news story just drew up memories of 'Nineteen-Eighty-Four'. When I first heard it on the radio I was sure that this sort of thing would infringe upon someone's human-rights, but apparently not:

This news story was from the 'V Festival' held at Hylands Park in Chelmsford, the fact that the news reports on these things so by-the-by is somewhat unnerving.

But alas, this is not the most worrying of recent attempts to stop crime. In Germany they've recently given permission for legal firms to name and shame pornography file-sharers. Its a nice way of getting pirates to hand over money I suppose if you just straight-up blackmail them with information which could destroy marriages or employment.


The BBC article does go on to mention that: “The legal system in Germany is very different to ours, being a civil law system. However, publishing details of alleged infringer’s could be dangerous and under English law would raise potential issues of defamation and breach of privacy depending on the exact wording used." 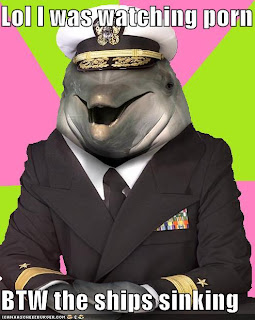 Oh. Well that's all right then. Lets just ignore the fact that the EU has been busy chipping away at our law-making powers since 1957. If the EU allows this to go on in Germany, what sort of hope do we have in the future when our political overlords finally sign us over to Brussels completely?