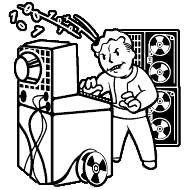 It seems the UN is getting busier and busier these days, if they aren't trying to scaremonger the public into paying worldwide taxes directly to themselves or supporting the formation of world financial institution they are trying to tinker with democracy, liberty and national sovereignty.

It seems the internet is getting a tough-ride lately what with SOPA and other similar proposals which would make it illegal to post links to anything, anywhere on the internet and the rather unnerving sway towards the dystopian nightmare where all of our opinions and messages are stored to be viewed by any political agency and misconstrued or taken out of context in order to secure tedious convictions.

Then of course despite the Copyright Acts not going through, ISP's are to begin storing peoples access to copyrighted material and making threats against anyone who does.

Apparently under the new guidelines the entertainment companies will be able to accuse anyone of copyright infringement without any evidence at all - and individuals will be required to pay to prove that they are innocent. This shit goes against everything anyone has ever stood for in a free and democratic society. Just another example of our age-old common law that is being trod on more and more each year all in the interests of mass-corporation and corrupt Government.

Returning to the original point with the UN for a moment however, it is clear that the UN has some vested interest in using the internet as a platform to springboard their own schemes. The ITU (the telecommunications agency which works on behalf of the UN) said the following...

"The brutal truth is that the internet remains largely [the] rich world's privilege, " said Dr Hamadoun Toure, secretary-general of the UN's International Telecommunications Union, ahead of the meeting.

"ITU wants to change that."

Ok. So why is the UN worrying about supplying the internet to people who still despite billions of spending still do not have access to clean drinking water and food? What good is a PC if you have no electricity outlet? Something doesn't make sense. Thus, read behind the lines, this has apsolutely nothing to do with helping the worlds poorest (yet again , UN) but about controlling the information that they have access to.

Be aware. Read up on all you can now while you still can. Support the free internet, without it we are dangerously close to a irreversible world dictatorship (and this is not some conspiracy theory - the facts are there for you all to see if you choose to read up and take notice of the signs.)