Whilst at lunch today sitting in the canteen I couldnt help but laugh at the ridiculous front page article on The Daily Mail.


'The Fat Cats Of Foreign Aid', it reads.


In a nut shell, it goes on to explain how the top bosses of some of the biggest foreign aid charities are raking in more than £100,000 a year, and how through various bonus schemes they've made themselves millionaires. Now I’m not going to condone this sort of behaviour, in fact like 99% of the rest of the population who actually need to work full time for a pittance, I find this breach of trust abhorrent. However I do find the reporting of this story for one decades too late, and secondly it is completely offensive to any readers out there to suspect that they were so naive in the first place. 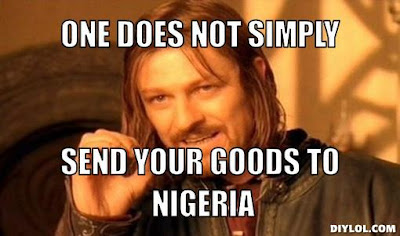 The details of this story the same old format. An audit of these big organisations were found to be a get-rich-quick scheme for some millionaires and our wonderful superheroes who are the British Members of Parliament are going to look into how to best stop this terrible abuse of trust.


Obviously, we'll overlook the millions taken by MPs over the years to tend to landscaping, moat clearance and mortgages on houses which do not exist, or the fact that many of these same Politicians got off without any form of official punishment besides losing their position (of whom some have now wormed their way back into positions of power through being lovers of David Cameron.)


This "news" just isn't. I mean, its common knowledge that Bono only donates 1% of earnings from charity gigs to the charity.


Oh yeah, but he's in that (terrible) rock band U2, so he's allowed to cheat people out of millions.


Thing is, the reality is even more easy to understand than that. A friend of mine worked as one of those annoying charity collectors for a few weeks told me how he quit once he found out that only a small percentage was actually going to the charities themselves, most was taken by the company which does the annoying sales pitch and secures your regular donations by taking your card details. (You have been warned.)


In any case, I seem to remember a certain Southpark episode starring Starving Marvin which told us all the facts about how charity worked about a decade ago, but meh.


Whilst we are on the subject of charity, it is a strange coincidence that also in the Daily Mail, (I don't actually buy this paper, it just so happens that both links so far are from them) there are two other stories on the same page as this latest 'charity scandal' story. One is the fear that BAE's merger with EADS may cause problems with the on-going Trident project, and second is the weird story about how millions are being spent on creating an Indian foreign aid headquarters when the aid is scheduled to stop in 2015.


I say coincidence because they are more or less indirectly connected. Despite India straight up telling the UK that our aid money is no longer needed (or indeed appreciated) we seem to still be pouring a ton of money into their economy under the guise of international aid. In reality its more to keep funding British companies which have exported their manufacturing to India, and also to hopefully butter up their politicians to continue using BAE for their defence contracts.


Despite it not appearing as obvious, UK does actually have a lucrative business in advanced technologies, i.e. Satellite component research, etc. Unfortunately the UK funds these organisations but then allows these companies to ship manufacturing to India where wages are lower and where there is already infrastructure to launch spacecraft. 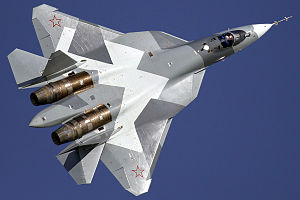 As for India using BAE, it was hoped that India would purchase the Eurofighters as they had already with the Panavia Tornado and SEPECAT Jaguar for decades. This however looks unlikely to go ahead since the Indians have already been working with Russia on the PAK-FA, a stealth-fighter which would likely eat the Eurofighter, F22 and the three F35 variants for breakfast.


It seems the UK thinks it a good use of public money to continue to fund UK corporations manufacturing off-shore, maybe it is in a roundabout way, but surely to dupe the population into thinking this is some form of humanitarian stunt is nothing short of disgusting.


Of course, not all of this money goes to military and communications companies. Some actually does go to the Indian people, except they probably don't want it. Whether you agree that over-population is a real issue or not, forced sterilisation in any sense is wantonly abhorrent behaviour. Whilst many of us in the UK may be shocked or even appalled at the suggestion that a Government of the 'free' world could do such a thing, we would be deceiving ourselves as this sort of thing has happened all over the world, a lot.


In any case, you've been warned about charities now. Be extremely selective of who you give your money to in future!